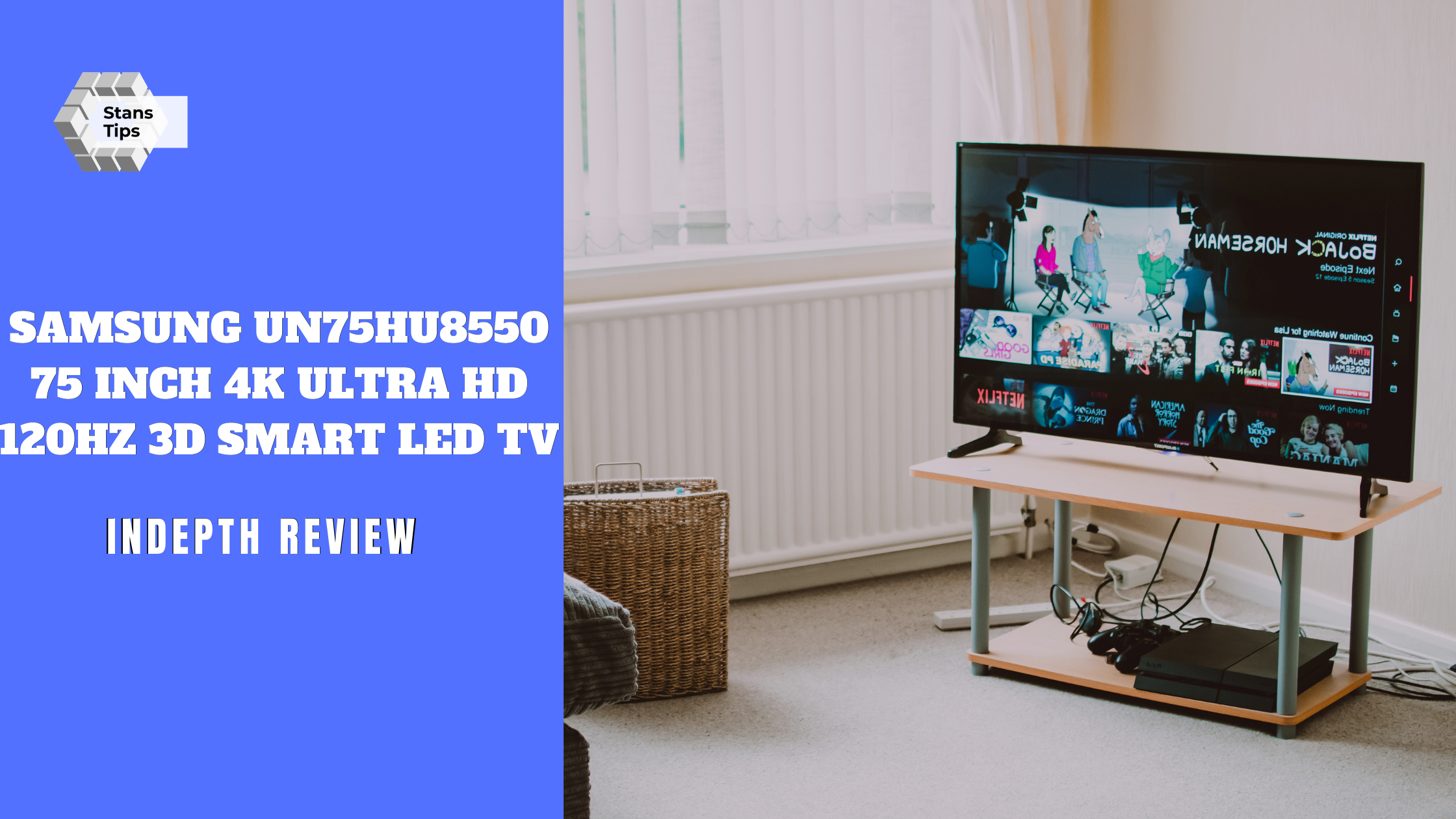 Although the quality of the Samsung UN75HU8550 speaks for itself, high consumer satisfaction rates for this model also lend a collective voice – and for good reasons.

Samsung Un75hu8550 a flat screen television combines the 4K technology with a host of features that you don’t want to be without. You get excellent resolution along with upscaling ability.

This process of converting lower quality images to the top level 4K ability is what sets these televisions apart from anything that’s been made in televisions. The television itself has the technology to know what makes a good image and what doesn’t.

That’s why whenever you view something, the television checks the areas of the screen. It’s looking for content that’s not the top quality that it should be. When it catches an area where the color or brightness is off, you don’t have to worry about fixing it or finding the remote to make any adjustments

The television does this for you. It employs different abilities to make sure you get the best possible picture. One of these is the UHD Dimming ability. This is what helps give images the right contrast that they should have.

Whenever content is created for viewing, there are always colors that are in the film or in television shows that are created to an exact hue. In the past, this always got lost in translation.

Because there can be a lag time between moving images, televisions have to have a motion rate that brings these images to viewers in real time. But the fast motion can sometimes make it appear as if the image has momentarily blurred.

That used to happen a lot when the newer, thinner televisions were first released. But now, with the Clear Motion Rate, you don’t get that long, noticeable blur. That’s why consumers need to pay attention to the motion rate when buying a television.

This model has a motion rate of 1200, which is a good, effective rate. This Samsung model has a Recommendation which recognizes what consumers like to watch and can give them suggestions that are compatible with their viewing history and personal tastes.

Along with these features, you also get voice interaction, quad screen and the quad core processor. You also get screen mirroring, smart remote control, and Smart View 2.0. The Smart 2.0 allows you to have the ability to stream the stuff you like to see on television and take it with you on your smartphone.